1.  A timeline of the events that conspired during the Korean War, from the first gunfire on the morning of June 25 and the signing of the armistice three years later.

2. Let’s take it to present day, with Tegan at the United Nations Memorial Cemetery, where she met with the groundskeeper and people at the park and discussed what makes this site special.

3.  We’ll look to the future. To the City of Busan’s efforts to memorialize the historical sites of the Provisional Capital as world heritage sites. 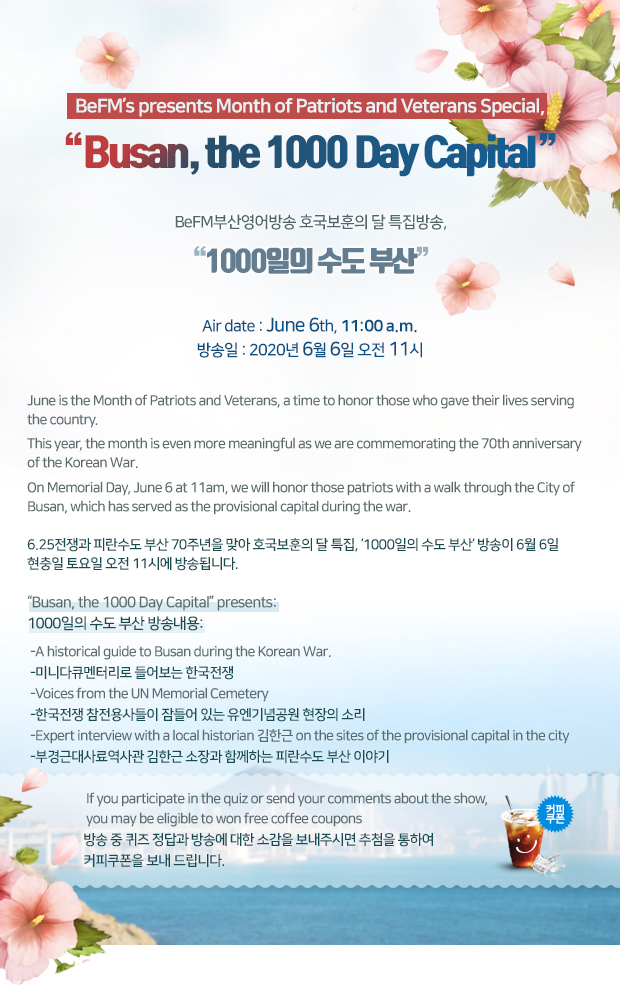